On January 19th, the Database Center for North Korean Human Rights (NKDB) will hold a seminar sharing the findings of our most recent research on the "Non-socialist Grouppa," one of the North Korean regime's surveillance institutions that are still relatively unknown to the international community.

It is well-known that the North Korean people have been subjected to pervasive means of surveillance, including inspections and crackdowns by various governmental authorities. However, due to the rising influx of anti-socialist materials into the country in recent years, the North Korean regime has begun to aggressively utilize a particular organization known as the "Non-socialist Grouppa," whose essential goal is to eradicate non-socialist and anti-socialist behavior within North Korea.

As a result, NKDB carried out new research for over the course of over six months to determine the identity of these "Non-socialist Grouppa," as well as to map the processes of structural human rights violations committed by these groups.

Understanding the distinctive aspects of North Korea is essential in calling for a response to North Korea’s countless human rights violation mechanisms. Therefore, NKDB looks forward to sharing our new research regarding these hidden institutions within North Korea as well as deeper insights from experts on North Korean society and human rights through a panel session.

Information about the event:

North Korea as a Panoptic Society: Human Rights and Crackdowns by Non-Socialist Grouppa

*Please note that this seminar will be conducted with simultaneous interpretation. 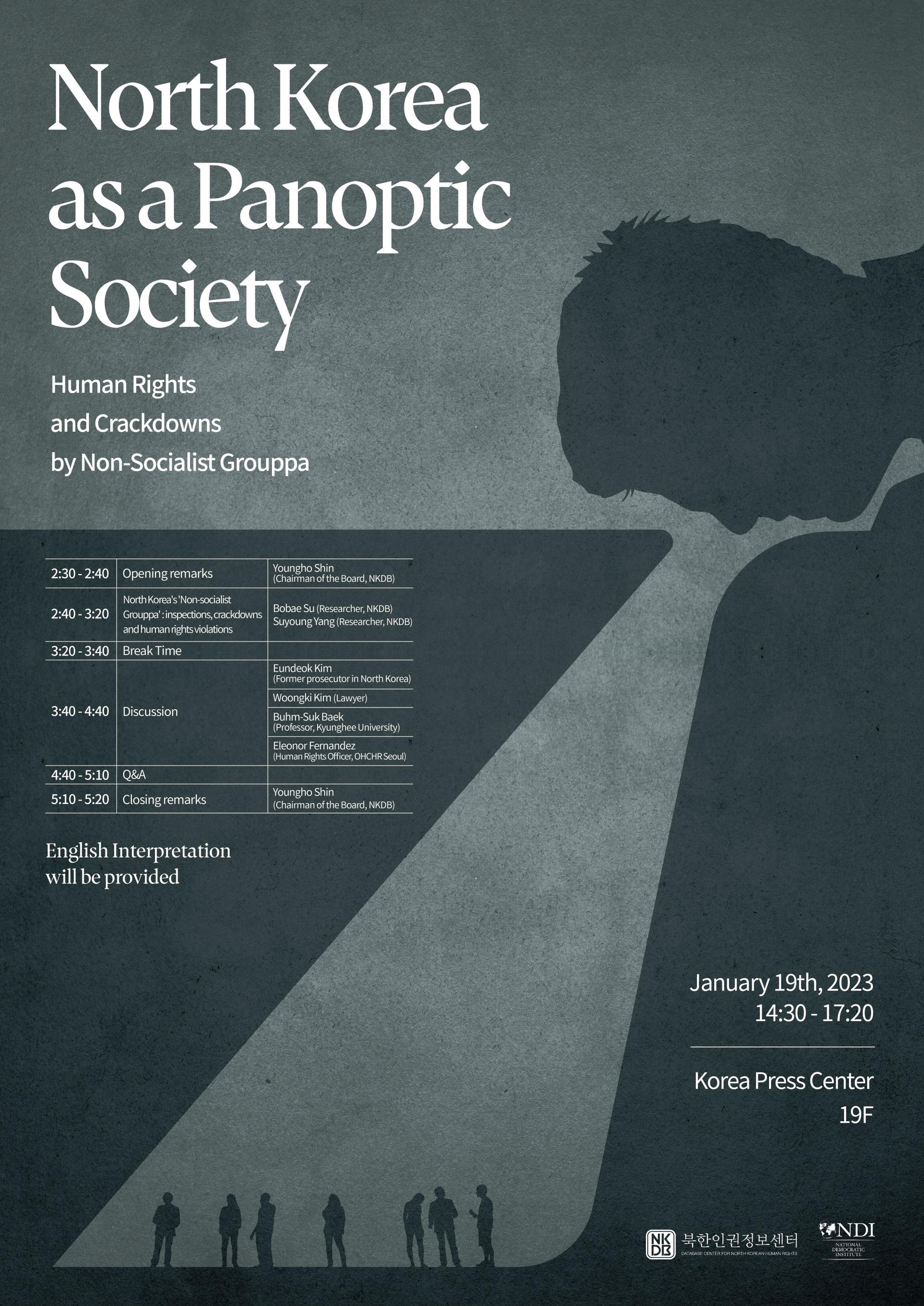